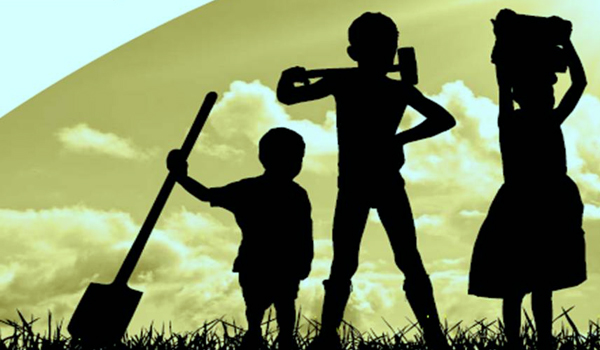 The Importance of International Labours Day across the Globe Celebration and encouraging labours and working class all over the world, this day promotes the working people and occurs on May 1 every year. In more than 80 countries, the day is a national holiday that lets the workers relax and enjoy the day off from their jobs. The socialists and communists of the second International to commemorate the Haymarket affair in Chicago that occurred on May 4, 1886 chose May 1 to be celebrated as International Worker’s Day. Before knowing how it is celebrated in different parts of the world, it is important to know the history that marks this day as one of the most significant days in the history of workers.

May 1 is celebrated as International Labours Day as a commemoration to May 4, 1886 Haymarket affair in Chicago. This day is celebrated in honor of the protestors who died in the protest being held to fight unacceptable working hours and bring the working hours down to 8 hours from 12-14 hours in a day.  The unions and associations formed announced that the working day after May 1, 1886 should be 8 hours a day.  Implementing the new work regime came with number of protests and strikes with around 30,000 workers in 13000 firms started to strike.

The strikes were brutally suppressed by the police and Pinkerton security and due to the increasing brutality by authorities, the labour associations decided to meet at Haymarket square Chicago on May 4, 1886. The police attacked the crowd with someone throwing a bomb in the middle of the meeting and it resulted in the death of 4 protestors.

In the honor of these protestors, every year May 1 is celebrated as International Labours Day and most of the countries have a public holiday on this day.

A documentary that gives a clear picture to the history of this day:

Moving on, let’s know how the Labour Day is celebrated in different parts of the world.

How is Labour Day Celebrated?

The United States of America

The USA celebrates the first September as Labour Day instead of May 1. This is because the US government feared setting off something violent when people relate May 1 to the Haymarket riots. Hence, in order to maintain the peace and to honor the workers the US celebrates first Monday of September as the Labour Day.

The US celebrates Labour Day with Labour Day speeches and parades which many Americans attend. Other than this day is celebrate a day off from job and spends it with family and friends to enjoy and relax and give themselves the break from the daily regime. This day focuses on maintaining a work life balance and be thankful to the protestors because of him it is possible to have a work life balance now.

In Europe the International Workers Day is a national holiday. Eastern Europe countries like Bosnia, Hungary, Czech Republic, Poland and more celebrate this day with great zeal. Along with the workers day, Europe also celebrates this day as the first day of summer. The International workers day celebrations in Europe include parades where the politicians greet the crowd and the workers, military displays, picnics and concerts.

The Middle East is a growing hub for workers and labours and it has a huge population of people working there and belonging to other parts of the world. Out of all the Middle Eastern countries, the UAE is the most sought after economy with a lot of people looking forward to work there.  In the UAE, though the day is not a public holiday but is a normal working day but some young Emiratis and the government of the UAE is taking measures to work towards the benefit of the worker class. In an initiative to celebrate labours day, a few of young Emiratis took up the job of cleaning for a day to understand the hardships that they go through. This was one.

Another effort by the Dubai Municipality in order to honor the International Labours Day is to send the workers categories that include gardeners, cleaners and drivers to a fully sponsored trip to Umrah. In order to qualify for the trip there are certain criteria that a worker needs to meet. This includes:

Other motivational activities include cricket tournaments, free health checks, educational and religious events, safety awareness and a bazaar. These activities are a part of “Thank you” initiative that pays tribute and appreciates workers for the efforts they put in round the year.

Other Middle East countries like Bahrain, Iran, Iraq and Jordan celebrate International Labour Day as a public holiday and aim to develop a strong bond between the employee and the employer. To know more job opportunities in Middle East, click here.

In the south eastern countries, the international Labour Day is marked with a national holiday and the labour and trade unions take the opportunity to make their voice heard. Many unions get together and seek better working conditions and want the government to take a look at the welfare of the labours. Some countries in South East Asia have workers who protest against certain policies that seem unfair to the working class. The protests are attended by labour groups who are seeking benefits from the running government and want to make their lives better.

The most recent south eastern country that declared May Day as a national holiday is Indonesia. The country on its first Labour Day celebrations plan to hold a march on the theme of Restructuring Indonesia. The unions seem to work on the issues that a report by International Labour Organization.

International Labour Day has a significant history and is celebrated differently yet with a similar goal throughout the world. The day is marked for the welfare of workers and labours around the world. Each year new countries take the pledge to celebrate this day to honor and respect the working class of the respective country.  Technology and social media can play a very important role in spreading awareness about the day. It is important that the workers and employers understand that this day is more than a public day. It is a day where the labours speak and the employers consider working in the favor of the workers.